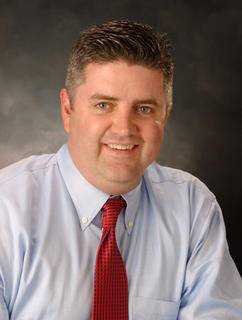 Professional Highlights
Mike has had managerial and entrepreneurial experience in several business and non-profit startups since 1993 as well as countless political and initiative campaigns during that time.

Currently Mike serves as the President of Intermax Networks, a high-speed internet company in North Idaho.

As a professional in the software industry, Mike has been involved in large committee projects as well as one-on-one sales initiatives for various and divergent clients.

Mike has been a consultant to business, civic, and political entities and individuals over the last decade, all focused on building organizations and marketing products, causes, or candidates. As a full-time staff member for a candidate for the United States Senate in 1996 and campaign manager for another in 2002, Mike has experience in political activism, organization, and communication from local grassroots field organizing to fundraising and the crafting of advertising and media messages to present an issue to the public.

Finally, Mike’s experience as a Capitol Hill intern and campaign staff member for a sitting member of the United States Congress and challenger for the US Senate has made him uniquely qualified to understand the difficulties and challenges in representing textured, controversial issues to the public at large.

Professional Background
Mike served as a Senior Account Executive for XDimensional Technologies, a leading software company in the insurance industry space that develops management system solutions for insurance agencies all across the country. He also has a partnership interest in a small Long Term Care insurance agency.

Over the years Mike has also managed a consulting practice serving business and political clients with marketing, message, sales and media concerns. His clients have included small technology companies, service businesses, and non-profit organizations seeking to maximize their budgets and get their message across to a larger target community.

Mike was responsible for the strategic plan, oversight and campaign management of all aspects of the successful $3 million dollar bond campaign for the City of Coeur d’Alene and the Coeur d’Alene Public Library Foundation, overcoming entrenched resistance and past organizational challenges.

Prior to these activities, in his capacity as Vice President of Sales and Marketing for ApplyYourself, Mike was responsible for the operations of bringing products to market, building a sales team, communicating with admissions professionals and the ongoing work of client development. Before joining ApplyYourself, Mike served as a 2nd Vice-President of Marketing for AMS Services, Inc., a $115 million company that specializes in software development for the Insurance industry vertical market. Prior to working for AMS, Mike was a Regional Project Manager for Kinko’s, after successfully opening and managing a branch office in the Inland Northwest. He also served as full-time Field Director for a 1996 United States Senate political campaign in Idaho and Campaign Manager for another political campaign in Idaho in 2002.

Father of five! My goodness! It appears supporting your candidacy will be a public service simply by getting you from the house a couple of nights each week!

But seriously … you have a beautiful family. Congratulations on your candidacy. You are vying for the toughest of tough jobs. Do the right thing, young man!

Blessings to you,
Gordon Crow

You forgot to add your parody of the song Beat It... which unfortunately has been stuck in my head since 1985. Oh I can recite part of the last verse and the whole chorus to this day. Nice job Kennedy.