The Dalai Lama and Willie Nelson in Idaho Together - Perfect! 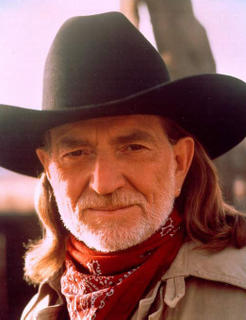 (KTVB Television) KETCHUM -- "The Dalai Lama made his much anticipated arrival into the Wood River Valley Saturday afternoon under a cloak of secrecy.

The Dalai Lama will deliver a message of peace to the Wood River Valley on the anniversary of the Sept. 11th terrorist attacks.

But it is country crooner Willie Nelson who's taking center stage tonight.

NewsChannel 7 has a backstage pass to the event.

You might not automatically tie Willie Nelson with the Dalai Lama, but there is a legitimate connection here -- all in the name of charity.
Money made from tonight's show will go to the children of Tibet."

(No offense intended to the Dalai Lama that his picture is much smaller than Willie Nelson's here - there are just more higher quality public domain internet images of Willie than the Dalai Lama available - go figure! But since they're both great men of peace not to mention rockin tunes, I'm sure the Dalai Lama won't mind)
Posted by Mike Kennedy at 7:13 PM